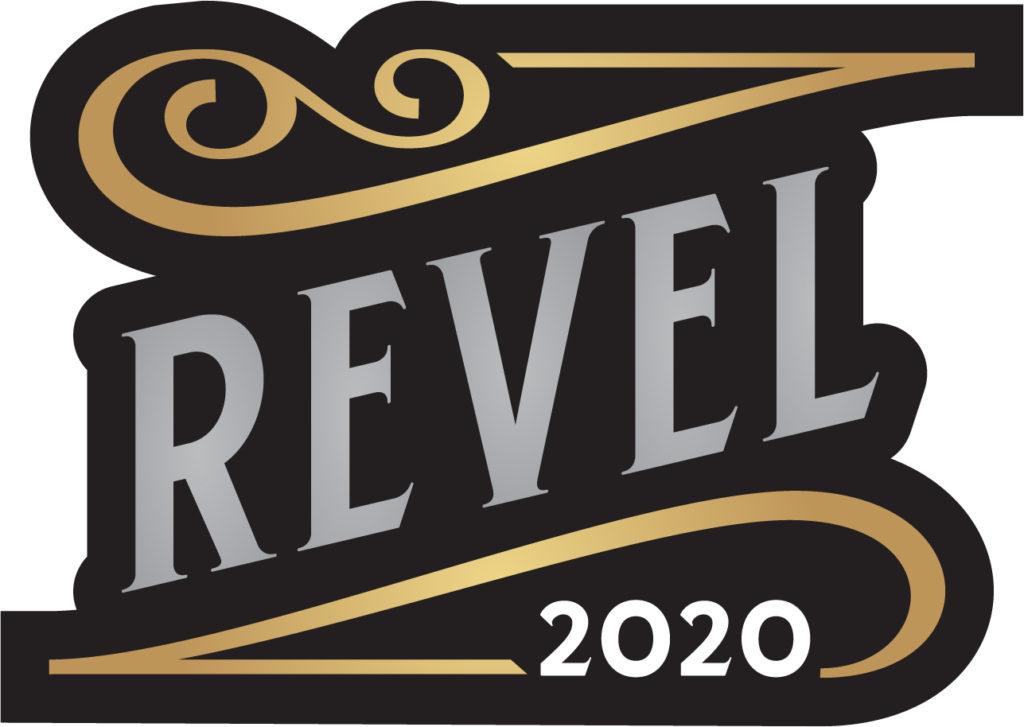 You are invited to an exclusive virtual experience hosted by Cincinnati Shakespeare Company!

On Wednesday, May 20, 2020, join us for REVEL: A Virtual Celebration as we “gather” online to honor a local teacher, two local students, and-- in the spirit of our Season of the Woman-- someone without whom Cincinnati Shakespeare Company would not exist: D. Lynn Meyers, Producing Artistic Director at Ensemble Theatre Cincinnati.

5:30 pm Private Virtual Meet-and-Greet
Your chance to chat live (via Zoom) at a personal “table” with fellow attendees, hosted by a CSC Ensemble or Staff member (invitation to donors of $25+ only)

6:00 - 7:00 pm Live Premiere Event
Experience an hour of humor and heart watching via your exclusive link to the premiere YouTube Event

The tickets to the Live Premiere Event are complimentary with RSVP but there is a suggested donation of $25 to support Cincinnati Shakespeare Company's Education Programs and gain you additional access including the Private Virtual Meet-and-Greet with CSC Ensemble and Staff and a virtual gift bag.

All proceeds from the virtual event benefit CSC’s impactful and innovative Education Programs.

Technical Requirements: To access the Virtual Revel, you will need a stable internet connection and a desktop, laptop, or tablet that can receive email and run both the Zoom application and YouTube with little or no difficulty. If you have any questions about your technical requirements, a CSC staff member can host a test call with you to help you establish your online readiness. Please contact us via email. If you regularly use Zoom or other conference call technology or watch videos online, then you should be just fine.

Running Time: The Live Premiere Event will last 1 hour. The optional meet-and-greet cocktail meeting before will be 30 minutes.

Dress: You will be watching from home so wear what makes you happy! Whether it’s your best gala dress or pajamas and pearls, we welcome both comfort and couture at our virtual event. 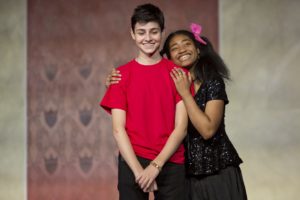 All proceeds from REVEL: A Virtual Celebration event benefit CSC’s exciting and innovative Education Programs. The CSC Education Program fills a substantial void in arts and humanities education across the tri-state and results in measurable improvements to students’ comprehension of Shakespeare; overall academic performance; and crucial 21st Century skills like creativity, collaboration, critical thinking, tolerance, and empathy for their peers.

Additionally, your donation this season honors the interconnectivity of Cincinnati arts organizations, salutes our dedicated teachers and students, and helps to secure the continued existence of Cincinnati Shakespeare Company as a vital part of the fabric of the arts community in Over-the-Rhine.

Donations in all amounts are welcome and appreciated. Here is a guide of some suggested amounts and the sort of great things the donations at these levels could support!

$10 – Embolden a student to try something new
$25 – Empower a teacher to motivate their students through imaginative thinking
$50 – Enable a CSC teaching artist to help bring their students’ ideas to life
$100 – Improve students’ comprehension of Shakespeare by up to 90%
$250 – Support these programs and SAVE YOUR SPOT at the Grand Re-Opening!
$500 – Instill 21st Century skills in students like creativity, collaboration, and critical thinking
$1,000 – Increase empathy and understanding between students by 75%

Since our 20th Season, Cincinnati Shakespeare has honored community leaders, teachers, and students at the annual Revel by presenting the Globe, Swan, and Rose awards. We are proud to present the 2020 Winners:

D. Lynn Meyers (Globe Award Honoree) is in her 25th season as the Producing Artistic Director of Ensemble Theatre, where she has directed over 100 world and regional premieres, including Fun Home, Frog Princess, Ripcord, Hands on a Hardbody, Detroit ’67, I Am My Own Wife, Next to Normal, and world premieres including Cinderella, After Ever After, James and Annie, and The Dancing Princesses. She has directed Off-Broadway at the York Theatre with Marsha Norman’s Traveler in the Dark and James McClure’s Max and Maxie. Lynn has directed extensively throughout the US and Canada and began her career as the Associate Artistic Director at Cincinnati Playhouse in the Park. In addition to her directing work, she is a member of the Casting Society of America, having cast for PBS, CBS, BBC, HBO, MTM, Paramount, Netflix and MGM. Lynn’s favorite feature credits include serving as Location Casting Director for The Shawshank Redemption and recently Dark Waters, Carol, Miles Ahead, The Goat, The Public and Old Man With The Gun. Lynn was named one of four finalists for the Zelda Fichandler National Award in 2011, is a past recipient of the YWCA Career Woman of Achievement Award, and is the 2018 Rosa F. and Samuel B. Sachs Prize Award winner—honoring outstanding accomplishments in the arts. Lynn was honored in 2019 with a national board appointment to the Stage Directors and Choreographers Society (SDC).

Danitza Piper (Swan Award Honoree) Just about any day of the week you can find Donnie at the theatre doing anything from volunteering as an usher to assisting the Groundlings Jr. program. She participates in the CSC Groundlings program and Shakespeare Summer Camp as a camper and a counselor. Donnie also made her Mainstage debut at Cincinnati Shakespeare Company as Fleance in the 2019 production of Macbeth. Some of her favorite theatrical adventures with CSC Education include Iachimo (Cymbeline), Gaoler's Daughter (The Two Noble Kinsmen), Thaisa (Pericles), and Hamlet (Hamlet). Donnie will be attending the University of Kentucky in the fall; she will be majoring in Theatre with a double minor in Psychology and Criminology. She would like to thank her family for their support, her CSC mentors for inspiring her and always pushing her further, and the CSC Education program for being her second home for the last 5 years.

Talia Raider-Roth (Swan Award Honoree) Cincinnati Shakespeare Company is like a second home for Talia. She feels extremely lucky to have been introduced to the wonderful mentors at CSC who have helped her grow her confidence as a performer, taught her the magic of words, and showed her how to be a kind and accepting person. During the week she participated in the Walnut Hills High School theater department as an actor and co-president of International Thespian Troupe 456 as well as a co-section leader in the Walnut Hills Senior Ensemble. On the weekends and during the summer she enjoys participating in the groundlings program and CSC summer camps. She has performed as Lady Macbeth, Constance, Lysander, and other amazing roles both through school and Cinci Shakes. Words cannot describe how grateful she is for the home and love that CSC has provided for her for the past 8 years. She would like to give a special shout-out to Jeremy, Sara, Miranda, and Maggie for having begun her love of Shakespeare and her family for their unfailing support and love. 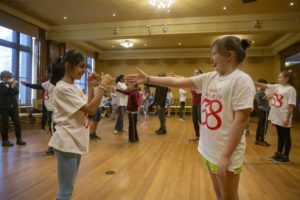 The Revel is on May 20, 2020 this season which coincides with the official last day of the PROJECT38 Festival. PROJECT38 is the signature Education and Outreach Program of Cincinnati Shakespeare Company. Each school year for PROJECT38, CSC collaborates with 38 different area schools, giving each school one of the 38 plays in Shakespeare’s canon. The program culminates in the PROJECT38 Festival at the end of the school year. a multi-day celebration in which all the students will gather, and share what they’ve created with each other, their schools, family and friends and with the community at large. This year, the Festival has gone online due to the public health crisis.

View the list of participating schools and students online here.