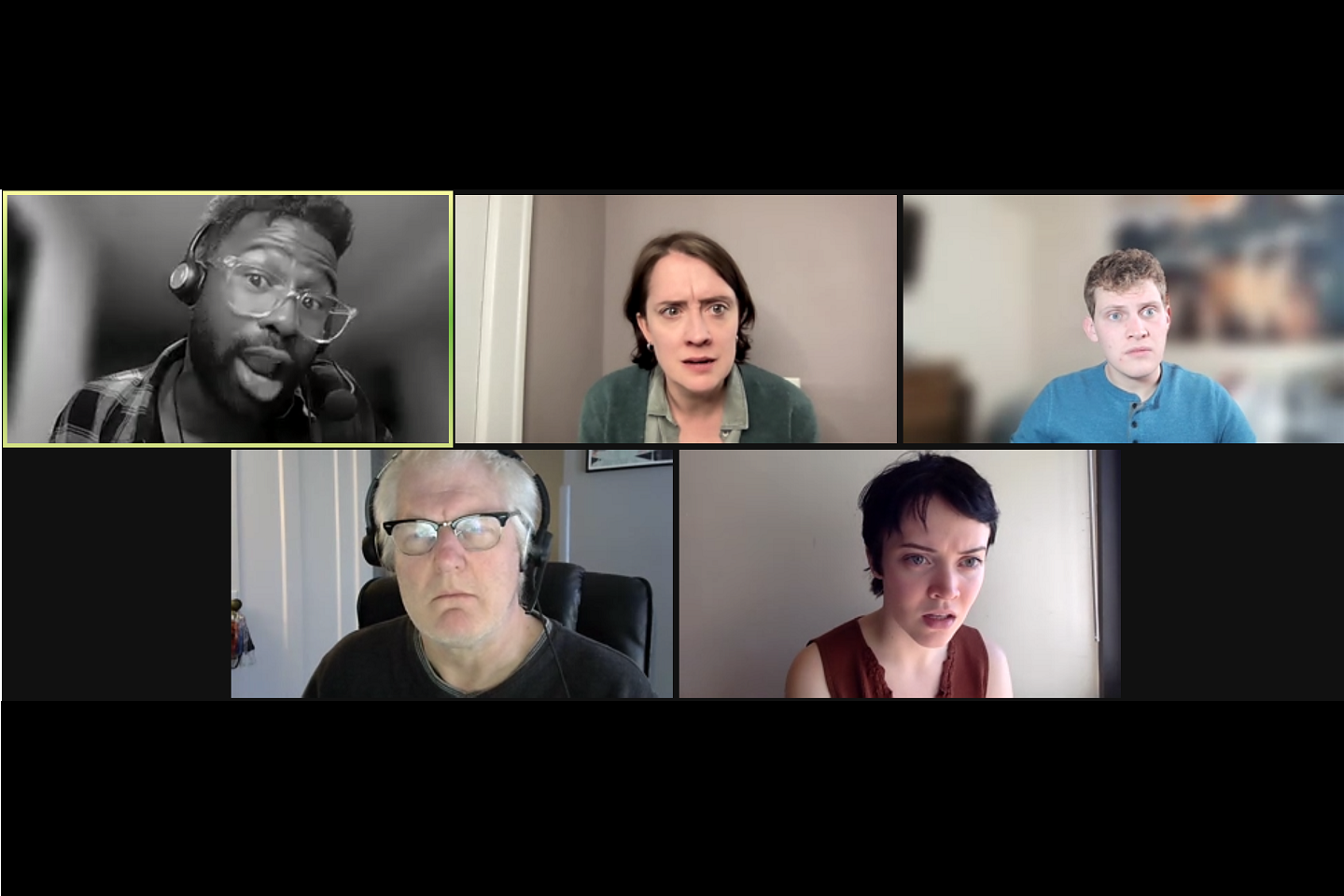 Why Give to Our New Play Development Fund

CSC is your home Shakespeare and the Classics, and the only way to keep the theatrical canon vibrant and relevant is to help create the new classics. Believe it or not, Shakespeare wasn’t always a classic. He had to start as a young playwright fighting for his voice to be heard. He honed his craft, and after years of hard work he found a voice that continues to burn bright in the world of theatre.

So, who’s next? At Cincinnati Shakespeare Company we are committed to finding and nurturing new voices. Rather than consistently pulling from the canon, it is our responsibility to contribute to it as well. That’s why we are thrilled to introduce our New Play Development Fund.

The New Play Development Fund aligns with CSC’s mission, purpose, and vision: to, above all, bring Shakespeare and the Classics to life for all – all voices, points of view, experiences, beliefs, and values. By commissioning bold new plays, CSC seeks to the feed the dialogue in our audiences in new and creative ways by enrolling everyone in the creation of new work. This helps continue momentum and growth at the Otto M. Budig Theater, while simultaneously expanding access to the Classics for audiences of all ages.

By investing in the creation of compelling new works, you are championing the stories from new and established artists here in Cincinnati and around the world. Together we are amplifying the voices of emerging playwrights, shining a spotlight on stories not yet told.

Why Us, and Why Now?

“Shakespeare wasn’t always a classic. He started as a young playwright fighting for his voice to be heard. He honed his craft with play after play, and after years of struggling he found a voice that continues to burn bright in the world theatre. Who is next? How will we discover the next Shakespeare whose work will stand the test of time?

At Cincinnati Shakespeare Company we believe that we have a responsibility to find and nurture those new voices. We should not just be pulling from the classical canon but contributing to the classical canon. That is why we are thrilled to begin commissioning new plays from exciting new voices in the American Theatre. We hope we can be a place where artists feel that their voices are encouraged and that their work can flourish. And who knows?  Maybe we will discover the voice that burns bright for the future.”

Starting in 2019, Cincinnati Shakespeare Company made a public commitment to create extraordinary and inclusive art by and for diverse voices in our community. To this end, over the next five years, CSC will commission and develop five new plays from contemporary playwrights. In order to amplify as many new voices as possible, playwrights will be selected with an eye to diversity and inclusion, prioritizing artists who are womxn, BIPOC, and LGBTQIA.

Devoting time and resources to the commissioning and development of new plays follows in the tradition of internationally-renowned classical theatre institutions such as Oregon Shakespeare Festival and the Royal Shakespeare Company. CSC is committed to working with both local and national playwrights over the course of this initiative, putting Cincinnati on the map through national collaborations with established playwrights and deepening roots in the region by helping support up-and-coming local dramatists.

By nurturing new talent and amplifying diverse Cincinnati voices, Cincinnati Shakespeare Company effectively makes theatre more accessible to all, fostering empathy in our audiences and feeding the dialogue in the larger community. Furthermore, these projects continue the forward momentum and growth of CSC from a small storefront theatre in Ohio to one of the premier producing organizations in the nation – all while meeting the evolving interests and needs of audiences in Greater Cincinnati and beyond.

You’re a classical theatre company. Why are you commissioning new plays?

In 2015, three major classical theatres in New York had collectively produced 132 plays in their last 10 seasons. Care to take a guess at how many of those were written by women? 50? 25? 10?

Four. Four were written by women.

Cincinnati Shakespeare Company, however, seeks to maintain relevance and vitality by constantly redefining what “classic” can mean. To this end, in the tradition of institutions such as Oregon Shakespeare Festival and the Royal Shakespeare Company, CSC has launched a five-year initiative to commission classically-inspired new works from contemporary playwrights, with a focus on elevating voices less-often heard in classical theatre.

“Feeding the dialogue” is a foundational principle of our work, but we recognize that it is an unfulfilled promise if the “dialogue” is only among a small group of homogenous individuals. We are at a critical juncture, as a company and as a nation. If we are to remain culturally relevant and forward-thinking, we must expand our scope beyond taking art out of the pipeline and begin putting art into it. Organizations that demonstrate true commitment to the work of diversity and inclusion, seeking to engage and represent not just one type of human but many, will be rewarded. By becoming a co-creator of new works, we can truly deliver on our mission and our promise. We can literally change the face of the American Theatre.

What sorts of plays will be developed?

Cincinnati Shakespeare Company is primarily invested in commissioning new plays that a classical theatre company might produce, while still staying true to its mission. For us that mission is “to bring Shakespeare and the classics to life for all.” To us, “classics” include:

We are especially looking for new playwrights to help create these “new classics.” Plays that are classical in theme, in source material, in inspiration, or in style, but told by fresh new voices and from new perspectives.

What do you mean by “commission and develop”?

Unless they are the beneficiary of a grant or under commission by a theatre company, playwrights writing new plays today receive no compensation for their work until their play is fully produced. Thus, the act of “commissioning” a new play from a modern playwright means a theatre company is paying a playwright in advance to write a new play. This is especially essential for the survival and promotion of up-and-coming playwrights, who may not have been previously produced.

There is typically no obligation that the commissioning theatre company eventually produce the play. And while it may provide inspiration for the script, it’s ultimately not theirs to create. The point is simply to help the playwright create a new piece of art that contributes to the field. But of course, if the play is brilliant, that theatre company will almost always want to produce the world premiere!

So what is “development,” then? When a new play is written, it isn’t actually finished. Similar to how an author writing a novel might solicit feedback from multiple advance readers and editors before publishing the final book, a playwright solicits the feedback of others through a process of development that may include staged readings, periods of rewriting, “workshopping” with actors, directors, and dramaturgs, and even gathering feedback from early audiences who come to hear the play spoken out loud. All of this development eventually results in final draft of the play script, ready to be published and produced.

Donate at the Theater*

The box office will be happy to accept and process a tax-deductible donation by cash, check or credit card at:
The Otto M. Budig Theater
1195 Elm Street
Cincinnati, OH 45202
*Call in advance for current hours (513)381-2273

Download instructions for making a gift of stock online here. 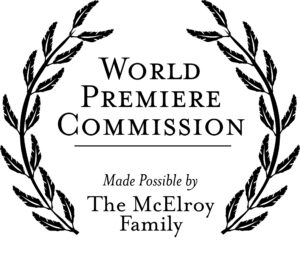 Cincinnati Shakespeare Company’s first five new play commissions are made possible by a gift from The McElroy Family. We are forever grateful for their support.

Support for commissioning and development of new plays also provided by the National Endowment for the Arts, the Greater Cincinnati Foundation, and the Ohio Arts Council.